This year for Christmas, I was fortunate enough to receive a gift certificate in a generous denomination for use at The War Store. This, coupled with some purchases I was planning to make anyway, means that soon after the new year I’ll be dropping more money on lead and lead accessories. However, I will almost certainly exceed the amount and have to dig into my pocketses for the difference. Fortunately, as anyone who has ever dealt with them knows, the site is great, the service is great, and I’m happy to give them my business (again).

Since the only miniatures I’m using nowadays are for my AD&D campaign, I have to keep some things hush-hush as I don’t want my players to know what they might be facing on the table soon. So, with that in mind, who’s getting my money, and for what? Read on.

1. Reaper: Reaper Miniatures is due to be getting a big order from me, and what I can’t get at The War Store I’ll likely order direct. All my dealings with Reaper have been exceptional and they appear to be a company that values their customers. January has some promising new releases in their Chronoscope and Dark Heaven lines, among them this guy here:

In my opinion, no one offers better fantasy personality miniatures than Reaper. With each order, I usually pick up one or two that catch my eye that I may not have any use for at the moment, but that I can work into my games later as an NPC.  I also buy miniatures I think will be fun to paint, whether I ever use them or not. Here’s another I’ll be buying soon: Lem, Iconic Halfling Bard:

2. Litko Aerosystems: Litko is getting some of my money because I now need regimental movement trays for the two new Warhammer armies I’ll never ever play (and probably won’t even finish painting).

3. Hydra Miniatures: Hydra’s Retro Raygun and War Rocket lines just keep getting better and better with every new release. That being said, I’m way overdue for some Slishians, like these fellows here. 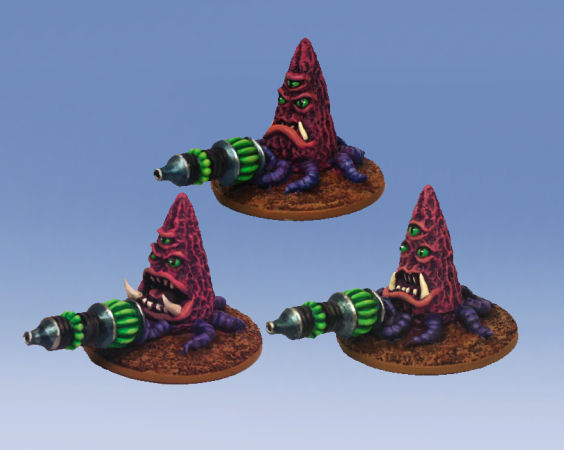 And although I still haven’t managed to play a game of War Rocket yet despite having two fleets painted, I think I may well invest in the Zenithian starter fleet, since they’re considered to be a formidable fleet and they look really cool. 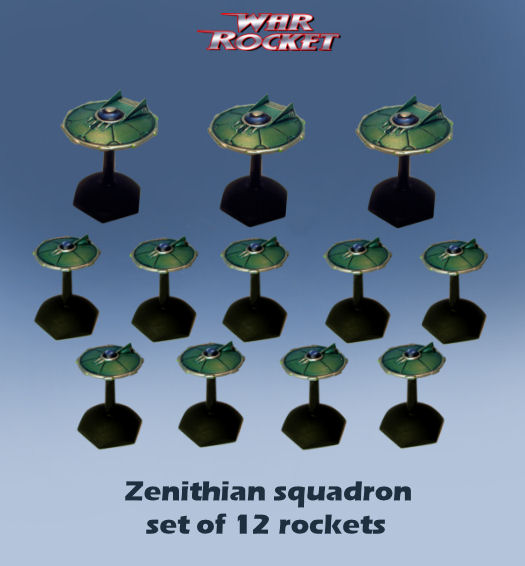 4. Wyrd: Wyrd’s Malifaux line makes some of the best-looking Steampunk miniatures anywhere, and although I don’t play Malifaux, I regularly purchase their models for use in RPGs. There are some models I plan on buying that I can’t show here for fear of tipping my players off to what may be lurking around the corner, but I’ll be buying Kirai Ankoku for sure. She just looks so amazingly evil, she makes me want to dust off my Clan War miniatures (another game I’ll never paint or play) and run a “Oriental Adventures” RPG.

Another sure bet for Wyrd is this guy, who I’ll definitely find some use for as a zombie boss (whenever I finish making my zombie table).

That’s about it, for the forseeable future, anyway. Who knows what releases my come in 2012? So far, I like the look of Games Workshop’s Vargheists, however much it pains me to even consider giving GW  a dime of my money. Reaper, Wyrd and Hydra are likely to get repeat business from me. And then there’s Bob Murch, who can be counted on to make me pulp crazy a few times a year. And I really love the look of A Call to Arms: Starfleet…