Two posts in one day! I did a little more work on my Dwarf Army recently and I thought I’d share the latest additions to my bearded host with you. I decided to paint up the artillery and some handgunners, so here they are. 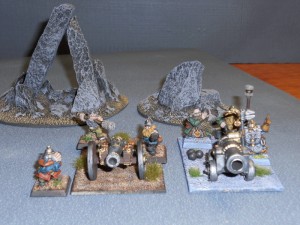 First up, the artillery: two Dwarf cannons with crew. The one on the left is the old-school metal cannon, the one on the right is the plastic (much smaller) cannon from Battle for Skull Pass. 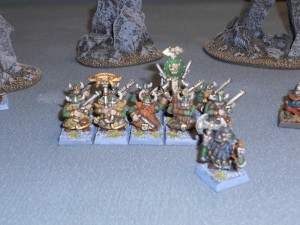 Next is a unit of Dwarf Thunderers from Battle for Skull Pass, along with an OOP Dwarf Lord holding a pistol. Ten Thunderers do not a unit make, IMHO, but there are enough for a skirmish or two. 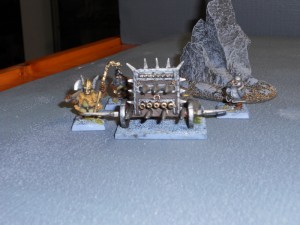 This is my organ gun (painted previously). Together with the cannons, it should make life difficult for anyone in front of them. 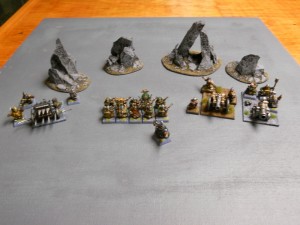 Here are most of the shooty units in my Dwarf Army…coming along slowly but surely. Apologies for the blurriness. Up next: Miners!!!!