Time for more Dwarfs! Week Two of Dwarvember is officially here. So, without further preamble, on to the submissions! 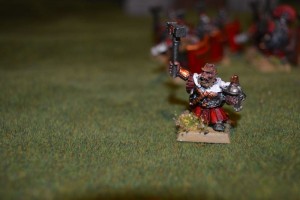 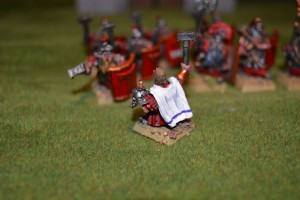 First up, some Roman-themed dwarfs from fellow TMPer Fredrick. Fredrick painted this tribune, and here he is seen exhorting his troops. I don’t know who makes these figures, but Roman dwarfs are pretty cool! 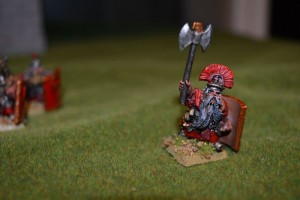 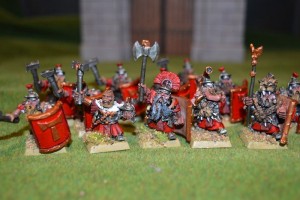 And finally, a shot of the whole unit. Well done, Fredrick! 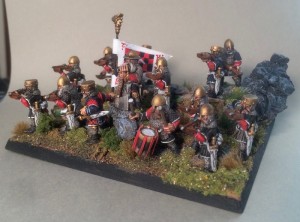 These guys look great, and you can see more of 144artist’s work over in the sidebar (Tactical Simulation Gaming). Here’s a closeup of the unit champion (among others): 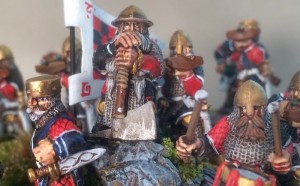 Also back for Week Two is TMP’s Black Cavalier, with another Citadel Chaos Dwarf Swivel Gunner: 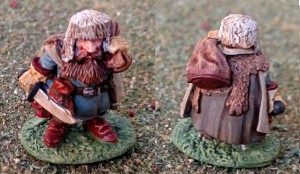 As an aside, Bob Olley is one of the best sculptors of dwarfs out there, IMHO, and I love his work. Check out his Dwarf World line if you feel the same way. Used to be available through Armorcast, but that doesn’t seem to be the case anymore. 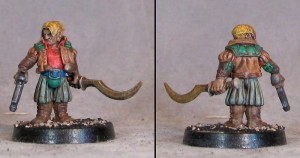 You can see more pics over at MiniSmith Forge, link located in the sidebar. Thanks again, CBPill!

Then there’s this one by TMP’s Skrapwelder, dubbed “The Most Interesting Dwarf at the Prancing Pony”: 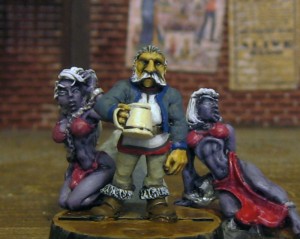 You can find Skrapwelder’s blog over in the sidebar under Rot and Drivel (which is his blog’s name, not me being an ungrateful asshole). Thanks for the submission, Skrapwelder!

Lastly, my meager submission for the week. I was planning on painting some old-school Ral Partha dwarfs (maybe next week) but real life got in the way. Instead, I was able to paint the Dwarf Lord from Battle for Skull Pass. I didn’t want to stick with GW, but it’s all I’ve got for the week. 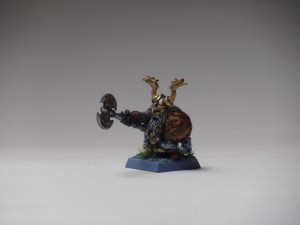 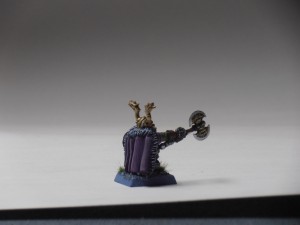 Once again, not the best pictures.

Hope to have some dwarfs from various manufacturers done for next week. Until then, Happy Painting!