Mr. Freeze has long been one of my favorite bat-villains, due in large part to Arnold Schwarzenegger’s brilliant, iconic performance in the 1997 film Batman & Robin. 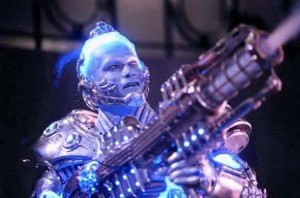 But I really do love Mr. Freeze. Especially any episode of the Batman Animated Series in which he is featured (voiced by the late, great Michael Ansara).  He is also really cool (pardon the pun) in the Batman: Arkham City video game, as well as the Arkham Origins downloadable content “Cold, Cold Heart.”

I’ve been rebasing and repainting a lot of Heroclix lately, but they’ve mostly been Marvel clix. I’ve been sadly neglecting the DC line. I decided to have some fun with this one and make a really nice conversion I can base a scenario or two around. 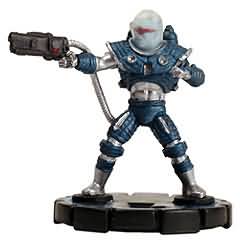 Anyway, here’s what a Heroclix Mr. Freeze looks like out of the box.  That’s a stock photo, not the actual model I used. I really need to remember to photograph these clix before I repaint them, but this kind of happened as a side project. 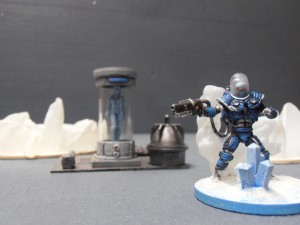 The Mr. Freeze model has a removable helmet and shoulder piece, which is good since the helmet is so opaque it obscures the face almost entirely. 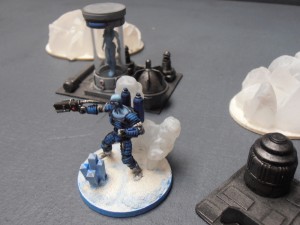 From Wikipedia: Mr. Freeze (Victor Fries) is a scientist who must wear a cryogenic suit in order to survive, and bases his crimes around a “cold” or “ice” theme, complete with a “freeze gun” that freezes its targets solid. In the most common variation of his origin story, he is a former cryogenics expert who suffered an industrial accident while attempting to cure his terminally ill wife Nora Fries.

I like him because he’s actually a bad guy you can feel sorry for. Freeze does some bad. bad things, but it’s all for love of his wife. 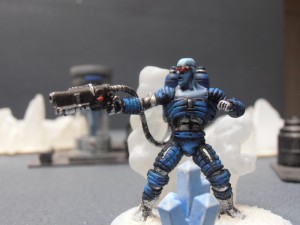 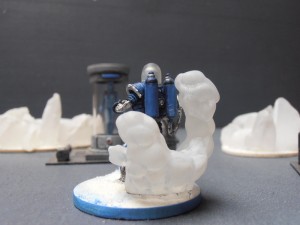 Here are a couple of better shots that show him without the helmet. I considered adding a bit of snow to his gun barrel and the tanks on his back to simulate frost, but decided against it. The smoke is from a this Marvel Ultron clix model: 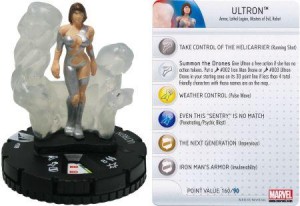 I also used the Ultron model for Mr. Freeze’s wife, Nora. I painted her a frosty blue and based her on a dime, which, coincidentally, is exactly the right diameter to use if you want to place her in this spiffy bio-tank, made by RAFM. 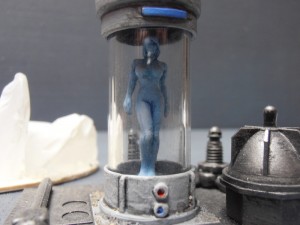 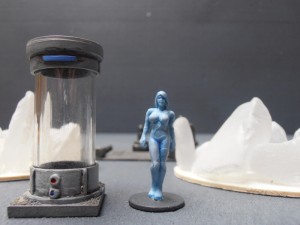 The other miscellaneous sci-fi machinery was made by TMP’s Russell95403, I think it goes well as lab decor. For the ice piles, I used Chris Palmer’s method described here, using sea glass. I think they look great and I’ll be making more ice soon.

So now I have Mr. and Mrs. Freeze ready to go for a nice Supersystem 3 scenario.

And that-dare I say it?- is pretty damn cool.